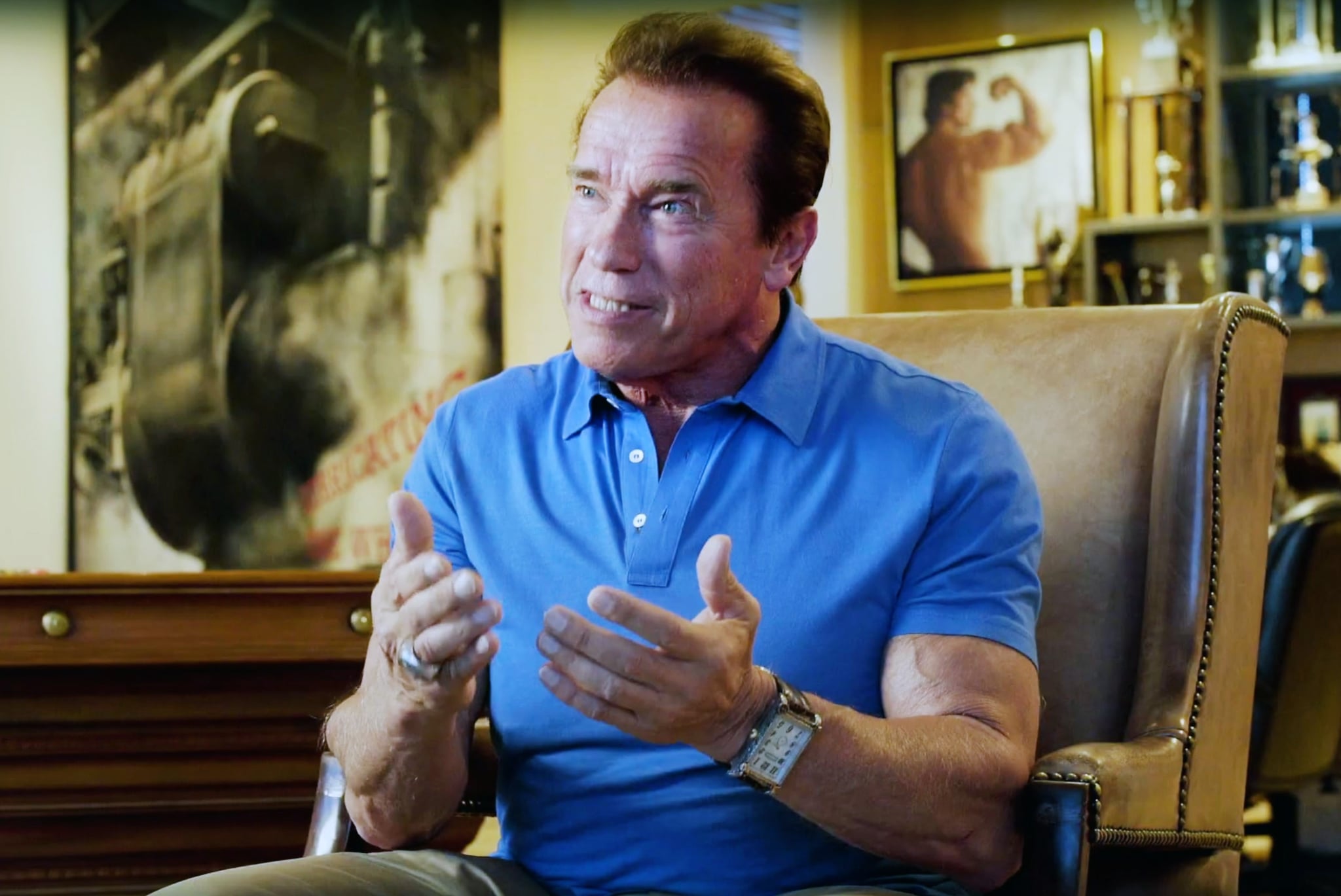 As a weekday vegetarian, I'm always interested in hearing more about the pros and cons of plant-based eating, which is why I've already watched Netflix's The Game Changers twice. And if you're thinking of dabbling in vegetarianism or veganism, I couldn't recommend it more.

Presented by Arnold Schwarzenegger, Jackie Chan, Lewis Hamilton, Novak Djokovic, Chris Paul, and James Cameron, The Game Changers is a documentary made to challenge your idea of protein and meat. The film follows elite Special Forces trainer and Ultimate Fighter Champion James Wilks on his mission to find the optimal diet for human performance and recovery.

An important watch for all, looking at the effect the plant-based diet has on professional athletes, sports heroes, soldiers, and everyday people will make you question the need for meat. Here are just a few of the things The Game Changers taught me about plant-based eating.

"One of the biggest misconceptions in sports nutrition is that we have to have animal protein in a particular meat to get big and strong and perform at a high level. That's just clearly not true," said Dr. James Loomis, former team physician for the St. Louis Rams football and Cardinals baseball teams in the US. "All that protein that you get when you eat a steak or a hamburger? Where did it come from? It came from the plants that the cow ate". In other words, all protein originates in plants, with the average plant eater getting 70 percent more protein than they actually need.

According to Dr. Robert Vogel, cochair of the NFL Subcommittee on Cardiovascular Health, there is a direct correlation between what you eat and your endothelium function, which regulates blood flow. Conducting a study on three American football players from the Miami Dolphins, Dr. Vogel demonstrated how a single animal-based meal can impact blood flow for up to seven hours. "The ability to operate at your best is always impaired [when you eat meat]," he claimed. In comparison, he showed how plant-based protein has the opposite effect, increasing blood flow.

Eating A Plant-Based Diet Reduces The Risk Of Heart Disease

Animal foods are connected to some of the most common human diseases, like heart disease and cancer, according to the documentary. "When the protein found in animals is cooked, preserved, or even just digested by our gut bacteria, highly inflammatory compounds are formed that corrode our cardiovascular system," explained Wilks. By not eating meat, plant-based eaters reduce their risk of heart disease by 55 percent.

Netflix
Netflix Isn't Currently Planning a Love Is Blind Reunion — Could That Change?
by Amanda Prahl 1 day ago

Netflix
Exclusive: Lauren and Cameron Can't Contain Their Tears as They Get Married on Love Is Blind
by Kelsie Gibson 1 day ago

Netflix
Time to Follow the Love Is Blind Cast on Instagram, Because You're IN IT Now
by Amanda Prahl 2 days ago