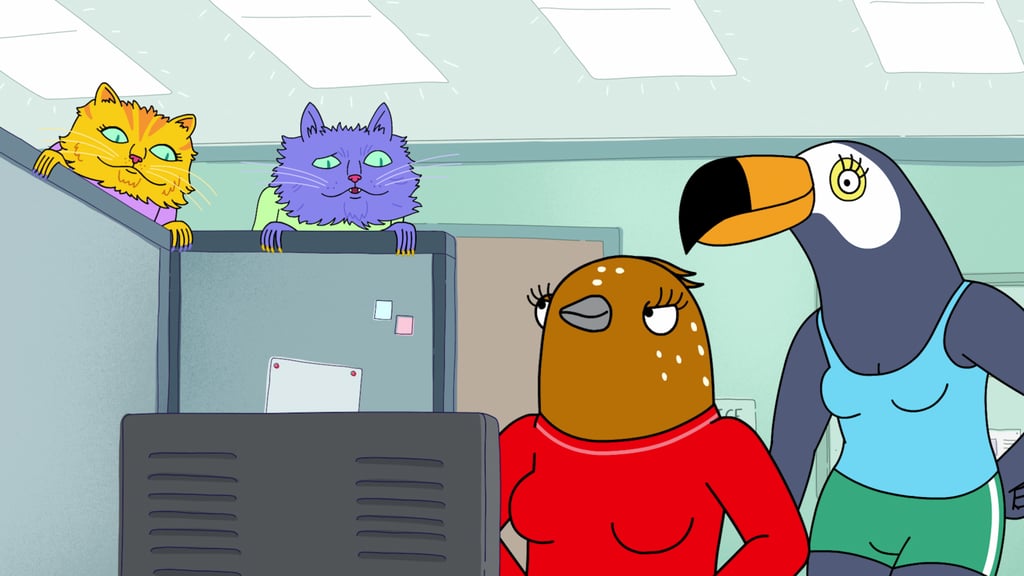 Netflix has decided to pull the plug on its newest animated series, Tuca & Bertie, which made its debut on the streaming platform back in May. The series, starring comedians Tiffany Haddish and Ali Wong, centred on two 30-something anthropomorphic bird-women and how they hilariously navigated sex, careers, and personal relationships.

Tuca & Bertie has received a load of critical acclaim since first arriving on Netflix, and it was celebrated by many for its raunchy and comedic exploration of life as a woman in 2019. Now that Netflix has no plans on producing more episodes of the series, fans have taken to Twitter to express their disappointment over the decision, and many are hoping that the show will get picked up by another network or streaming platform. Read ahead to see what viewers have had to say about Tuca & Bertie's cancellation.

Related:
Now and Then Is Coming to Netflix Next Month, and I ALREADY Feel Nostalgic
0
previous images
-12
more images
Previous Next Start Slideshow
NetflixTuca & BertieTwitter ReactionsSummer EntertainmentTV
Around The Web

Aubrey Plaza
To Girlfriends! The Women of Parks and Rec Reunite For a Sweet Galentine's Day Photo
by Brea Cubit 5 days ago